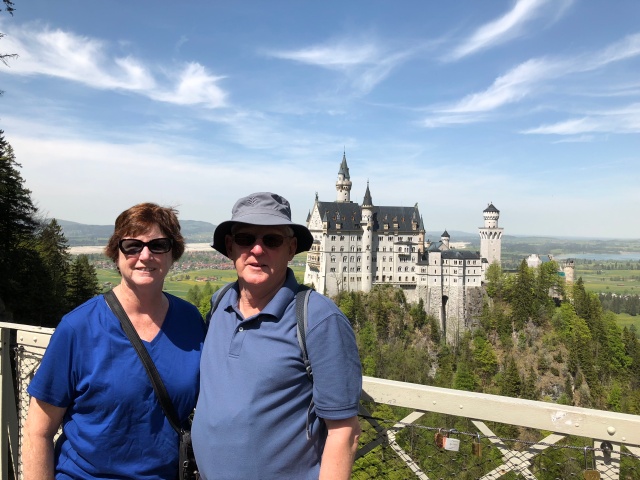 Traveled by train from Munich to Neuschwanstein Castle situated in the foothills of the Bavaria Alps. Neuschwanstein Castle (the inspiration for the Disney Castle) was built by King Ludwig II in the late 1800’s. Many in his time considered it a crazy venture by a “Mad” king. Perhaps Ludwig was just able to dream much bigger than any of his contemporaries.

The view is from Marienbrucke (Mary’s Bridge).  A narrow pedestrian bridge over a cavernous gorge deep below.

One thought on “Dreams Really Do Come True”